You are here: Home / Archives for Chamber News

The Marlborough Regional Chamber of Commerce is proud to announce the presentation of the 2018 Cathy Gregory Mogavero Business Professionals of America Award. The award is an annual award presented to student members of the Business Professionals of America Club from each of the programs at Marlborough High School and Assabet Valley Regional Technical High School. The award is sponsored by the chamber’s scholarship fund through the auspices of the Marlborough Regional Community Foundation.

The idea for the award was first presented to the Foundation Board by President Darren McLaughlin back in the fall of 2013. “For years I have seen the efforts of the students and the advisors of the BPA programs in our local schools who work tirelessly to raise the funds necessary to send deserving students to the national competition. Students earn an invitation to compete at the national level based on their performance at the regional and state levels. I thought that some kind of an award from the Chamber of Commerce, an association of local businesses, made sense. I presented the idea to the Foundation Board and it was well received.”

Susanne Morreale Leeber, President and CEO of the Marlborough Regional Chamber of Commerce said, “This is a perfect opportunity for our chamber of commerce to recognize the business acumen of these fine, young students. The slogan of Business Professionals of America is “Today’s students. Tomorrow’s business professionals”. What more appropriate association of students could we, as a chamber of commerce, acknowledge for their accomplishments?”
END_OF_DOCUMENT_TOKEN_TO_BE_REPLACED

Area residents will get the opportunity to sample the city’s newest culinary ventures when the Marlborough Regional Chamber of Commerce hosts “Pace Yourself! Apex Restaurant Tasting” on Wednesday, June 27, 2018 from 5:00 to 8:00 p.m. at the new Apex Center on Boston Post Road West (Route 20) in Marlborough, MA.

Attendees can park and stroll to the Apex Center’s restaurants, sampling each location’s culinary offerings at their own pace. The event will include musical and family entertainment throughout the Apex Center. Door prizes include two Delta Airline tickets to a destination of the winner’s choice, courtesy of Atlas Travel (a $500 value), and Apex Center restaurant gift cards.

All the Apex Center restaurants will be participating:

Tickets for “Pace Yourself! Apex Restaurant Tasting” are $20 per person, $18 if purchased online or in advance. Seniors are $15 and kids age 10 and under are free.

Tickets may be purchased online at https://www.marlboroughchamber.org//event/pace-yourself-restaurant-tasting/ or by sending a check payable to the Marlborough Regional Chamber of Commerce to 11 Florence Street, Marlborough, MA 01752.

For more information on “Pace Yourself! Apex Restaurant Tasting,” contact the Marlborough Regional Chamber of Commerce at 508-485-7746 or marlcham@marlboroughchamber.org. 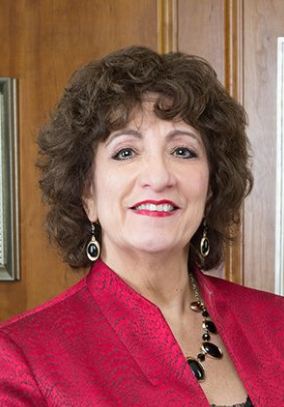 In honor of her 30 years of continuous loyal service to the Marlborough Regional Chamber of Commerce, we invite you to join us as we celebrate the retirement of Susanne Morreale Leeber on Thursday, May 10, 2018 from 5:30pm – 8:30pm at the Best Western Royal Plaza at 181 Boston Post Road West, Marlborough, MA.

Susanne joined the Marlborough Regional Chamber of Commerce in January of 1987 as the Membership Director and has served as the President and CEO since 1991.  During her tenure, she has been the recipient of numerous awards for her commitment and service to the Marlborough region and has been instrumental in supporting and promoting area businesses.

END_OF_DOCUMENT_TOKEN_TO_BE_REPLACED

A total of 165 members registered for the Marlborough Regional Chamber of Commerce’s Annual Meeting Luncheon held on Wednesday, November 15, 2017 at the Best Western Royal Plaza, marking the largest attendance to date for this annual event.

Officially opening the Chamber’s Annual Meeting, President & CEO Susanne Morreale Leeber explained that the main purpose of the meeting is to elect new board members for 2018.

“I just want to thank each and every one of you for the opportunity to lead you,” said Morreale Leeber.   She thanked the event sponsors and said, “Without generous sponsors we could not bring you this wonderful program today.”

Morreale Leeber also talked about the role of the chamber and the benefits of membership.  While different size companies may have different goals, all members benefit from the huge value of face-to-face interaction, and by getting involved, members become a part of the Chamber community. Chamber networking events provide the opportunity to promote yourself, your products, and your business.

“The more involved you are, the more you will receive from your Chamber membership,” said Morreale Leeber.

Attendees also heard from the 2017 Chairman of the Board of Directors, Frank Collins, who gave a brief overview of current year achievements, including the establishment of a new program for large employers to meet and discuss their particular challenges.  He also spoke of the board’s retreat where the discussion focused on identifying and segmenting the value of chamber membership for large and small businesses.

“I call on each of you to reach out and introduce yourself to one of your fellow members,” said Collins. “Help us to help you; get involved.”

The highlight of the luncheon was keynote speaker, Emmy Award-winning anchor of WCVB Channel 5’s nightly newsmagazine Chronicle, Anthony Everett, who addressed a topic frequently in today’s news; informational overload and the trustworthiness and accuracy of what is being reported and by whom.

Everett also spoke of his career with Chronicle, which he joined in September of 2005.  Approaching its 36th anniversary in two months, Chronicle is the longest running locally produced news magazine on air, and Everett attributed much of the program’s success not only to the history, cultural diversity and the vibrant business environment found in New England, but also to its viewers.

“All factors come together to sustain Chronicle,” said Everett. “We’re able to do that because you are all watching.”

Everett explained details of the show, including how long it takes to produce a show.  From start to finish, it takes about one month to produce the half hour show, with the steps taken broken down into four overall processes that include 1) ideas, 2) shooting and interviews, 3) writing and logging, and 4) editing.

“We take the responsibility to get things right,” said Everett.  And he explained how the station is committed to Chronicle and has maintained its ratings, even when pitted against a time slot that includes the game show Jeopardy.  Looking toward the future, he said that quality journalism will always win the day and that he hopes that someone will be here to talk about Chronicle in the next 35 years.

Speaking as a Chamber member and Annual Luncheon attendee, Rick Levin said he enjoyed everything about the event.

“I enjoyed it; the wonderful table and the great group of people,” said Levin. “The meetings just get better and better.  Anthony Everett was an excellent speaker. It [the luncheon] was a home run!”

Photos from the Annual Meeting Luncheon, taken by David Fox, Photographer can be viewed on the Chamber’s Facebook Page.

2018 Board of Directors confirmed at the Annual Meeting Luncheon include:

Catch Up with the Chamber